A lorry driver who killed a lady and three kids when his automobile ploughed into their stationary auto while he was scrolling by way of music on his mobile phone has been jailed for ten years.

Tracy Houghton, 45, her sons, Ethan, 13, Josh, 11, and stepdaughter, Aimee, 11, died instantaneously when Tomasz Kroker drove his lorry into their car or truck at 50mph. Their vehicle was shunted underneath the back of a heavy goods vehicle and crushed to a third of its size.

An hour earlier, Kroker, 30, had signed a declaration to his employer promising he would not use his phone in the wheel.

The tragedy was witnessed by Tracy Houghton’s partner, Mark Goldsmith, who was within a separate car or truck with his 13-year-old son Jake. The family had been on the way household from a camping vacation in Devon.

Within a video released by Thames Valley police, Goldsmith stated: “We pulled up behind some lorries just crawling along, absolutely everyone slowed down, and then that was it: bang.

“I looked down at this auto and went ‘oh my God’, I couldn’t think it.”

The court heard that Kroker was so distracted by his phone that he barely looked in the road for practically a kilometre.

Passing sentence on Monday, the judge, Maura McGowan, said his interest had been so poor that he “might at the same time have had his eyes closed”.

The court was packed with members on the victims’ families and survivors of the crash, lots of of whom were in tears as prosecutor Charles Ward-Jackson recounted what occurred that day.

As detailed dashcam footage on the accident was shown, a lot of people left the courtroom. Kroker himself was visibly upset. 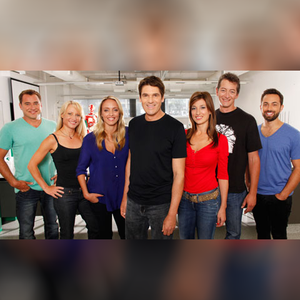 The court heard that Kroker would have had an “excellent view of the road ahead” and, if he had been seeking, would have seen a procession of seven lorries and automobiles slowing as the road rose uphill in front of him. But alternatively he spent about 45 seconds taking a look at his telephone as he scrolled through music, only occasionally glancing up and unaware that the traffic ahead had come to a stop.

Ward-Jackson said: “It was only at 0.75 seconds prior to that the dashcam shows [Kroker] searching up with sudden horror on his face. By now, needless to say, it was also late to take any avoiding action plus the camera shows him dropping the phone, gripping the wheel and apparently bracing himself for the inevitable effect.”

Kroker broke down in the scene, crying and saying to himself: “I’ve killed them.”

But he also attempted to claim his brakes had failed, telling officers the visitors in front of him “just stopped - I hit my brakes but just couldn’t stop”. When he was asked by his company the following day no matter if he had been distracted, he said: “Had radio on. Not tuning it. Not on phone.”

He refused to answer queries when interviewed by police, but when he was eventually shown the footage from his lorry’s dashcam he admitted he had been distracted by his telephone.

Defending, James Rozier mentioned Kroker - whose partner was in court to view him sentenced - understood the “unfathomable” harm he had triggered, that he himself wanted justice to become carried out and provided his “regret and remorse” to those impacted.

Sentencing Justice McGowan mentioned no powers the court had would lessen the “terrible and devastating loss experienced in those affected”.

The case comes as official figures show that the police are failing to handle an “epidemic of handheld phone use” by drivers.

The RAC’s road safety spokesman, Pete Williams, said: “The uncomplicated truth will be the challenge of illegal handheld telephone use in the wheel is undeniably getting worse, with fewer and fewer men and women getting caught.”

Within the police video Doug Houghton, Josh and Ethan’s father, paid tribute to his “beautiful boys”.

“I thought that was the worst day of my life, my children getting killed, but I assume it was three weeks later when I went towards the funeral directors and basically saw them dead, cold in their coffins.”

Outdoors the court, Aimee’s mother, Kate Goldsmith, said the sentence “did not do justice to the crime committed.”

“Mr Kroker produced the choice to alter his music on his telephone whilst driving a lorry at 50mph... To all intents and purposes, Mr Kroker’s use of his mobile phone while driving turned his lorry into a lethal weapon. He was so distracted he made no attempt to slow down.”

Kroker, from Andover, Hampshire, had pleaded guilty to 4 counts of causing death by hazardous driving and one count of causing really serious injury by risky driving at Reading crown court on 10 October. He was sentenced at the same court on Monday.